Mobile DJ / disco based in Sanderstead 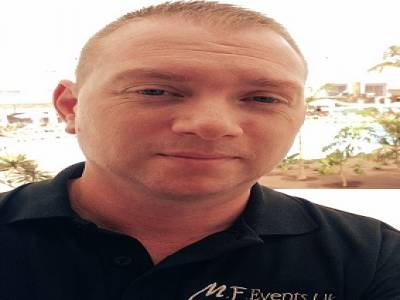 Martin Facey is available to hire via M.F.Events UK - a needadisco.com member - based in Sanderstead.

needadisco.com is the only DJ finder website that undertakes detailed checks to rate its members for quality and safety, so that you can book in complete confidence.

Remember - many of our DJs also offer Photo Booths, Giant LOVE Letters and Dancefloor Hire too!

We ask all our DJs to pick a maximum of SIX music genres/styles that best matches their specialities. This doesn't mean they aren't any good with other musical styles, but if you're planning an event where you wish to please as many of the audience as possible, you should consider hiring a DJ that specialises in a particular era or style.

The 1970's was a rich and varied time for music with artists such as The Rolling Stones, Bruce Springsteen, Fleetwood Mac,The Carpenters, Elton John, The Eagles, America, Chicago, The Doobie Brothers, Paul McCartney and Wings, Bread and Steely Dan.

The mid-1970s saw the rise of disco music with bands like the Bee Gees, ABBA, Village People, Boney M, Donna Summer, KC and the Sunshine Band.

The mid-'70s saw the rise of punk music, major acts include the Ramones, Stranglers, Blondie, The Sex Pistols and The Clash.

'Chart' is a catch-all category to mean music that is popular right now and very recently. The kinds of stuff you will hear on BBC Radio 1 and 2, along with commercial stations, and is generally of interest to typical casual listeners / dancers.

The 1980s saw the rise of MTV and music videos. Michael Jackson and Madonna were the most powerful musicians during this time. Their videos became a permanent fixture on MTV and gained a worldwide mass audience. Michael Jackson's Thriller album from 1982 is the best-selling album of all time.

In the second half of the 1980s teen pop became popular with bands and artists like New Kids on the Block, Debbie Gibson, Tiffany, Tommy Page, New Edition, Stacey Q, The Bangles, Madonna, Olivia Newton-John and others.

Add with the beginnings of hip hop with Run D.M.C., Beastie Boys, NWA, LL Cool J, Public Enemy, Eric B. & Rakim, Big Daddy Kane, Boogie Down Productions, and Ice T, among others and the 80's truly had something for everybody.

Pop music in the 1990s saw the continuation of teen pop and dance pop trends that emerged during the 1970s and 1980s, along with hip hop which grew in popularity during the decade. The Britpop movement saw various interchangeable groups such as Blur, Suede, Pulp, Ash, Supergrass, The Verve and Oasis regularly topping the charts throughout the decade. This was also the decade of the boy band and the girl band, with Take That, East 17, the Spice Girls, Westlife and Boyzone having great success.

Hip Hop dominated popular music in the early 2000s with artists such as Eminem, OutKast, Black Eyed Peas, 50 Cent, Kanye West, Jay-Z and many others coming to the fore.

Garage music was also popular thanks to the emergence of social media platforms such as MySpace and this style veered into the mainstream when bands such as Franz Ferdinand, The Killers and The Bravery became popular.

Pop singers such as Britney Spears and Christina Aguilera and bands such as Backstreet Boys also dominated the charts.

The 2010s saw a big shift in the style of vocals associated with pop music, with lower range artists such as Beyonce, Katy Perry, Taylor Swift, Lady Gaga and Rihanna outselling the popular artists of the late 2000s. Again Hip Hop and electronic dance music were dominant thanks to DJs and artists such as David Guetta, Swedish House Mafia, Clean Bandit, Aviici and Calvin Harris.

Adult contemporary music was big in this decade, with artists such as Adele, Bruno Mars, Ed Sheeran, Kelly Clarkson and CeeLo Green all incorporating soul, pop rock and folk into their music.

Disco is a wide genre that emerged in the 1970s from the US nightlife scene - typified by four-on-the-floor beats, strings and horns, electric piano and rhythm guitars. Well known disco artists across the world include ABBA, the Bee Gees, Donna Summer, Boney M, Earth, Wind and Fire and many more. A true Disco specialist will unearth classic tunes that you will vaguely recognise but will immediately be able to dance to!

We asked Martin Facey to provide some Fun Facts about themselves. Unfortunately, we're still waiting ... sorry about that!

The following mobile disco companies are available for weddings, parties and events in the CR2 area where Martin Facey is based. Click the markers for more details!

Martin Facey can be hired through M.F.Events UK - here's all the various contact methods we have for them...

Martin Facey is based in Sanderstead